OCC’s Ulen Neale is very near the completion of a huge challenge; one that he has named 12 in 12 in 12. Ulen has run his 11th marathon this year and he is planning to do one more before the year is out.

Ulen is dividing the funds he is raising through the marathons equally between Sobell House Hospice and Primary Sclerosing Cholangitis (PSC) Support.

There is no cure for PSC, which is a degenerative liver disease, but PSC Support helps those with the condition and their families, and supports on-going research into treatment. Sobell House offers the terminally ill a home-from-home environment and supplies care and dedication to those in need as well as invaluable support for their families.

Ulen has one final marathon to complete later this month (23rd December) in Portsmouth.

To raise money for Ulen’s 12 in 12 in 12 marathon challenge, Ulen has also organised a charity curry night on Thursday 20th December at Saffron in Summertown with entertainment by the Mamma Mias, an ABBA tribute group.

You can read more about Ulen’s marathons in the Oxford Times.

Some of the medals so far 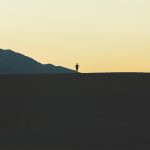 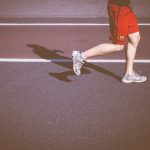