How a UX design review can boost online products

As businesses overwhelmingly move products and services online, the digital marketplace is more competitive than ever. Combining aesthetically pleasing website design with a clear and functional web interface is important for businesses in the digital sphere. Interfaces should provide a seamless and smooth user experience for the end-user. As with any product, software must be regularly updated, and changing customer requirements will necessitate the introduction of new or improved product features.

The real challenge comes when trying to balance these developments with the need to retain visual consistency and logical user flows. As new functionality is integrated, online platforms can morph into complicated systems that lack coherent structure and intuitive interfaces. This is where a UX (or user experience) design review comes in.  This can help to highlight challenges and flag up potential improvements.

What is a software UX design review?

A UX design review involves a comprehensive analysis of the usability, accessibility and end-user experience of a software product. UX experts need to understand users, their motivations and potential challenges. They will assess analytical data to uncover any technical issues with the front and backend of the software. In-depth discussions are held with customers and end-users to fully understand interaction with the platform. This awareness and appreciation of how end-users engage with the platform is key to developing a user-centric design.

Once all relevant information has been collated and assessed, a report will be written. This will include a list of detailed recommendations. As well as providing fresh insights as to the usability of the product, the findings can be used to plot a roadmap identifying how the user experience and overall performance of the website or software product can be improved.

Oxinet contacted OCC to perform a UX review and a refresh of their user interface. Oxinet have developed the PEMS (Placement Education Management System) software which is used by universities globally to manage student placement administration work. 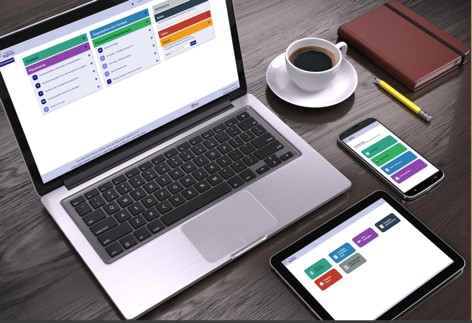 PEMS is used by University staff, students and external stakeholders to manage the administration tasks related to student placements

‘Our web-based product has been developed over 10 years,’ explains Gordon Buxton, Director at Oxinet. ‘As new features have been added to meet customer demand, the overall package has become somewhat inconsistent. It works well once you are familiar with it, but one of the barriers to its adoption is that it’s not as intuitive to new users as we’d like it to be. So rather than continuing to integrate new features, we wanted to rebuild the entire user interface.’

PEMS was originally built using ASP.NET WebForms and recently switched to ASP.NET MVC. The combination of these two frameworks has led to an inconsistent visual design. New features have been developed over time to meet customer demands, with limited scope to fully integrate these features into the core architecture of the platform. Furthermore, some new functionality has been commissioned by specific customers which does not always meet the needs of the entire customer base.

To help solve these issues, Oxinet approached OCC’s in-house UX design team. ‘I had previously worked with OCC, so I contacted them to see if they could help,’ says Buxton. ‘Their design team forms part of a larger software company, so they have a lot of experience working closely with developers. They speak our language and could also check the technical feasibility of what we were trying to achieve.’

OCC’s approach to every project is to undertake an in-depth analysis of the problem. The UX team held lengthy discussions with Oxinet to delve into the rationale behind design and development decisions. To help Oxinet rebuild the PEMS interface in the short term, but also retain consistency in the long term, OCC decided to both conduct a detailed UX design review and to produce a UI style guide.

End-user requirements should be the central focus during the research process. It can be difficult to uncover expectations and assumptions and to juggle the varying requirements of multiple users.

To tackle this, OCC conducted a series of detailed interviews and user testing sessions with Oxinet’s customers to gain first-hand insight into the user journey and experience. This also gave users the opportunity to share any concerns relating to navigation, accessibility, and usability issues, which OCC could then aim to solve.

‘By having an independent third party define the design guidelines, all our customers could provide their input, but OCC could develop the final solution to suit everyone,’ says Buxton. ‘OCC’s software development and design expertise also helped to add credibility and authority to the reasoning behind decision making.’

From the user interviews, OCC found that the lack of consistency of UI elements was reducing the usability of PEMS and that new users had to memorise workflows. The comprehensive UX review therefore focused on both UI and user journeys. In terms of a review approach, OCC adopted the usability heuristic evaluation method and adhered to additional design principles throughout. 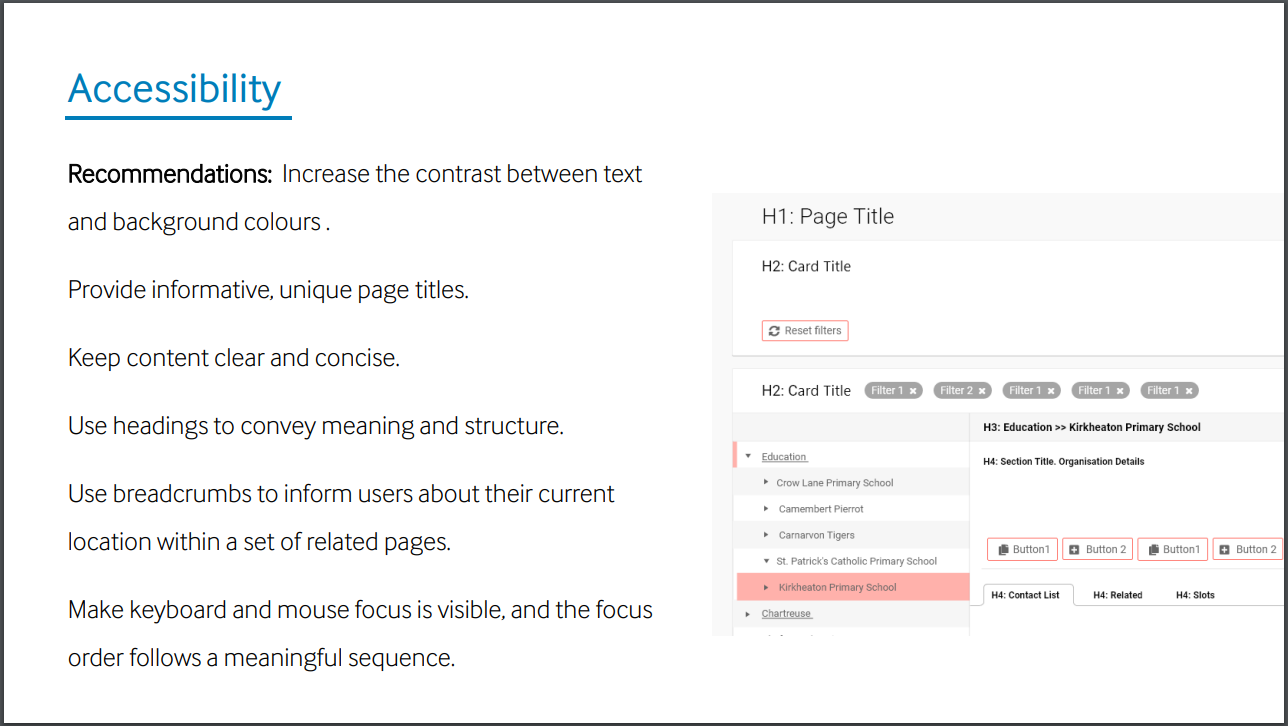 Heuristic evaluation: a type of design review in which design is evaluated for compliance with a set of decision-making strategies or techniques (heuristics), such as Jakob Nielsen’s 10 Usability Heuristics.

A severity scale was used to categorise issues, helping Oxinet  to prioritise which ones to address first

The UX review encompassed styling issues such as colours, buttons and grids as well as the layout of dialog boxes, navigation journeys and accessibility. Each issue was defined and analysed before suitable recommendations were proposed. Issues were categorized as either critical, major, minor or low to help Oxinet prioritize the order in which they should be addressed.

OCC produced a bespoke UI style guide to ensure that consistent styling was achieved while new features were implemented. Standard colour schemes were established which could easily be customised in line with individual university branding. Semantic colours were employed to identify errors, warnings, success and informational messages, helping users to quickly become familiar with the software. 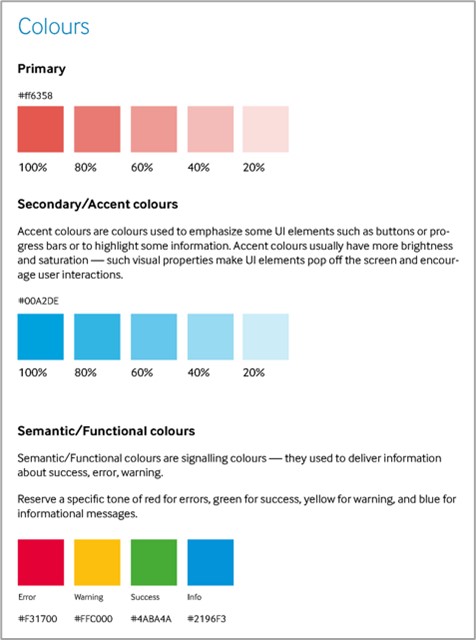 The style guide also featured templates for several different screen layouts, where elements such as typography, button style, table design, link formatting and the structure of input fields were all pre-defined.

‘We gave OCC specific pages of the site which we thought were problematic and they not only identified solutions, but included these within the style guide,’ explains Buxton. ‘Having the style guide specifically written for us, containing concrete examples of our software was really valuable. It’s become a kind of bible and helped us be much more disciplined when implementing new UI.’