Transforming the options Extending the lifetime of the National Grid is best achieved by a rigorous understanding of how its components are functioning.

If a fault or maintenance necessitates re-routing, can an individual cable or transformer carry a larger current, and if so, for how long? Balancing the way the grid is used not only optimises its capacity but also helps keep electricity prices low. 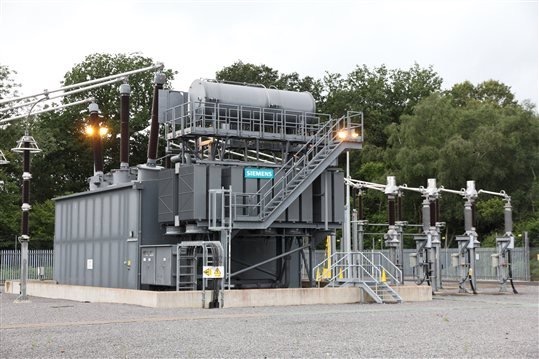 OCC has been working with National Grid engineers since the 1990s to develop a suite of software tools providing fast and accurate modelling of the thermal stresses in components. This allows transmission operators to respond to system operator requests for a temporary heightened load, without compromising reliability or safety.

Transformers, for example – which act as the bridge between a high-voltage input, such as the national power network, and a lower-voltage output, such as the electricity substations that handle local distribution – are manufactured with a nameplate rating, which specifies the load the transformer can carry. It’s possible to exceed that load for short periods, but do it too often or for too long and the transformer’s lifetime will be reduced; it could overheat and fail, or even catch fire.

National Grid operators use TRALC2, a sophisticated non-steady-state modelling tool, to model the thermal stresses on transformers under a variety of conditions. OCC first delivered TRALC2 as a Windows application in 2000, converting the FORTRAN numerical model developed by Southampton Dielectric Consultants into a user-friendly desktop interface. Since then, the tool has been incrementally improved, fully supported by OCC, which integrated the TRALC2 model into the National Control Room’s Circuit Thermal Monitor.

Today’s TRALC2 system allows operators to model many different scenarios for individual transformers. The tool reflects the transformers’ individual thermal histories, as their loads fluctuate on a continuously varying basis, and also takes into account their specific location and ambient temperature. The transmission operator can determine, for instance, the length of time for which a heightened load can be run, and whether it’s necessary to supply additional cooling via fans or faster pumping of the oil bath in which the core is immersed.

Now, the next-generation model of the tool is on the horizon. “National Grid is updating the core features of TRALC to incorporate new IEC standards,” explains Mark Tolley, a senior consultant in OCC’s Innovation Delivery Team. “Our new version, which will be available in 2017, will be a significant update, using web technologies, making it easier to install and maintain. With more control options and increasingly sophisticated devices, such as self-triggering cooling mechanisms, TRALC3 will reflect the ways transformers are evolving.”