At the heart of image interpretation Coronary heart disease is the single most common cause of death before the age of 65 in the UK and affects nearly half the population over the age of 40. The accurate detection of heart problems is therefore of prime importance. 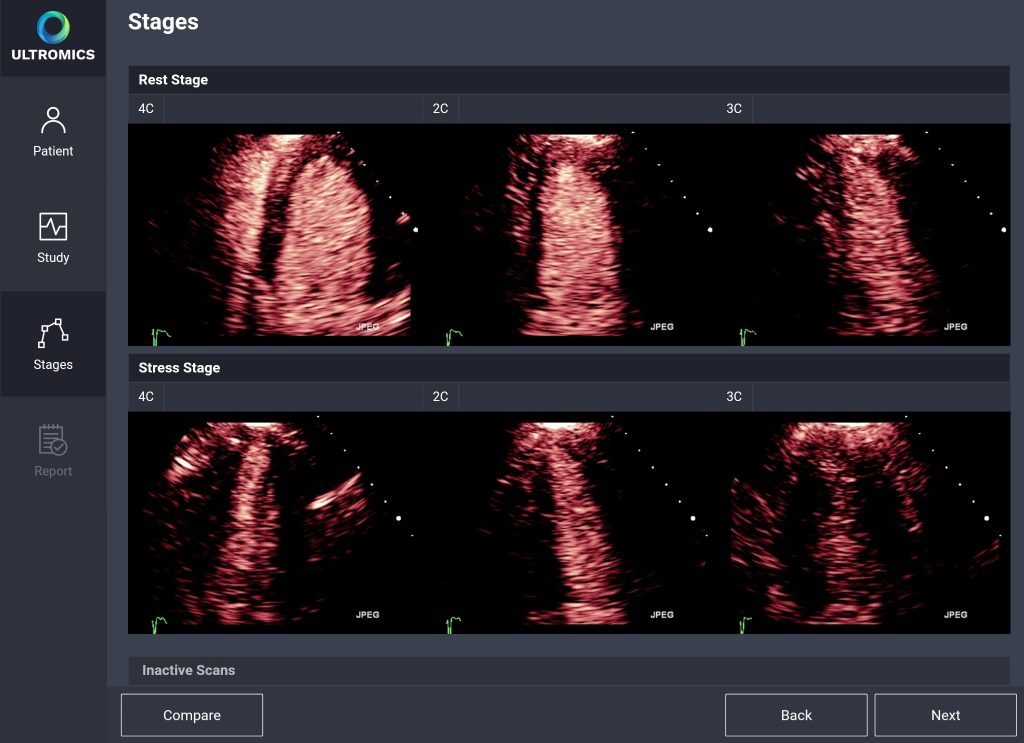 “One of our specialisms at OCC is turning research software into a commercial product,” explains Rachael Bartholomew, project lead at OCC.

Patients with a suspected problem are generally given a series of echocardiograms – ultrasound heart scans – which view the heart at rest and under stress, and from different positions. Clinicians visually inspect the images looking for behaviours that could indicate the presence of heart disease.

But even very experienced cardiologists base their judgements on only a fraction of the data actually contained in the images. Current evidence suggests that around one in five scans is misdiagnosed – resulting in around 12,000 patients a year in the UK either not being treated and going on to have a heart attack or undergoing an unnecessary operation. OCC has been working with Oxford University spin-out company Ultromics to create a commercial product that uses an algorithm trained by artificial intelligence to rapidly scan heart images and flag up the areas where clinicians need to particularly focus their clinical judgement.

OCC’s involvement began in 2016 when Ross Upton, a doctoral student working with Paul Leeson, Professor of Cardiovascular Medicine at Oxford, approached OCC on the recommendation of Oxford University Innovation, the University’s technology transfer arm. Upton and Leeson had developed a computer algorithm to assess heart scans but needed a user-friendly prototype product to secure funding and create a company.

The algorithm extracts more than 80,000 datapoints from a single echocardiogram and analyses them using machine-learning techniques. Heart scans from more than 1,000 patients and information about whether they went on to have heart attacks or similar difficulties were used to train the system to identify potential problems.

“One of our specialisms at OCC is turning research software into something that can underpin a commercial product, creating a prototype that the inventors can take to potential funding sources,” explains Rachael Bartholomew, project lead at OCC. “Fortunately, we were involved in the design of this product very early on, so before we started to create our software, we conducted thorough user research, visiting the John Radcliffe Hospital to talk to the clinicians and sonographers so we understood exactly what they needed to do. It was also essential that we knew how to present them with the information they needed in an accessible way.” Working with Upton, OCC devised its unique Echuity software. A series of prototypes helped secure funding and a company – Ultromics – was launched, with Upton as CEO. Last November, further funding was secured in the US. 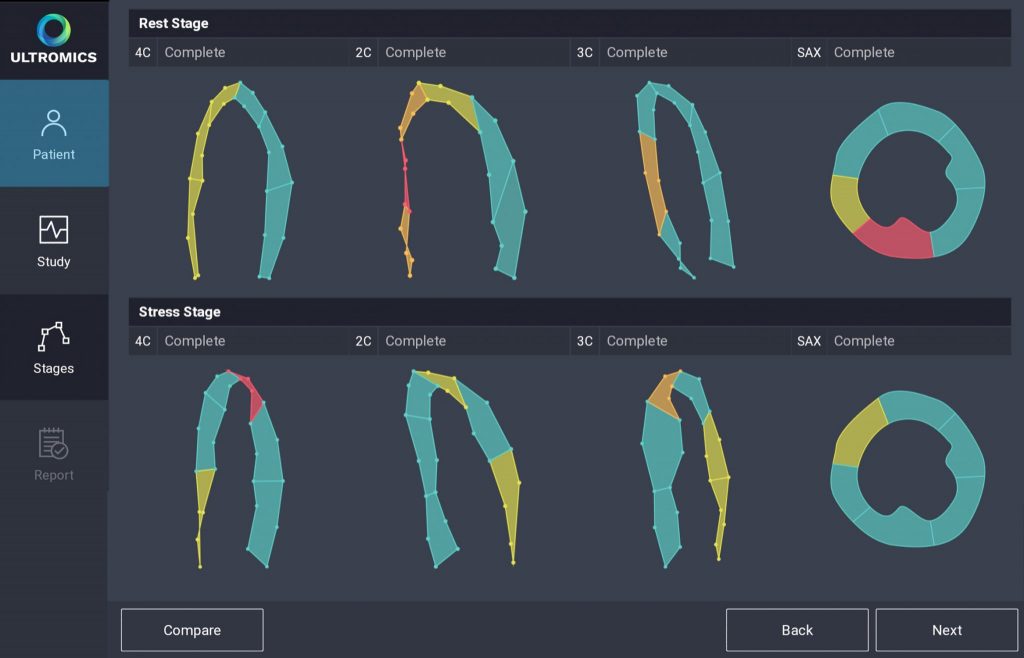 The system is now about to undergo further clinical trials prior to the product being submitted to the US Food and Drug Administration.

A clinician investigating a heart problem uploads the echocardiogram images of a patient under investigation to a portal. At Ultromics, the Echuity software developed by OCC is used to select the best images and detect the position of the heart wall in successive images. The algorithm then processes this information – is the heart wall moving as expected or is there some unusual behaviour? – and produces a Topological Analysis report that can be used to underpin clinical decisions.

The system has been trialled on echocardiograms from 6 cardiology units in the UK and is now about to undergo further clinical trials prior to the product being submitted to the US Food and Drug Administration for audit.

“Developing software for medical devices is a tough challenge,” adds Bartholomew. “There is a thorough safety review – we have an external safety officer – so all the design decisions have to be recorded and everything has to be compliant with ISO standards. Meeting the standards required by the FDA is very demanding and we’re very conscious, of course, of the human aspects of what we’re doing. A cardiologist using the system wants an accurate result as quickly as possible, in the best interests of the patient.”

Ultromics currently expects to launch its first product in 2019. By accurately flagging up heart concerns and reducing unnecessary operations, the system is projected to save the NHS £300m a year.